Warning: Use of undefined constant ‘display_errors’ - assumed '‘display_errors’' (this will throw an Error in a future version of PHP) in /home/rifkas/public_html/muslimvoice.lk/wp-config.php on line 97

Warning: Use of undefined constant ’Off’ - assumed '’Off’' (this will throw an Error in a future version of PHP) in /home/rifkas/public_html/muslimvoice.lk/wp-config.php on line 97

Warning: Use of undefined constant ‘error_reporting’ - assumed '‘error_reporting’' (this will throw an Error in a future version of PHP) in /home/rifkas/public_html/muslimvoice.lk/wp-config.php on line 98

Warning: Use of undefined constant ‘WP_DEBUG’ - assumed '‘WP_DEBUG’' (this will throw an Error in a future version of PHP) in /home/rifkas/public_html/muslimvoice.lk/wp-config.php on line 99

Warning: Use of undefined constant ‘WP_DEBUG_DISPLAY’ - assumed '‘WP_DEBUG_DISPLAY’' (this will throw an Error in a future version of PHP) in /home/rifkas/public_html/muslimvoice.lk/wp-config.php on line 100
 Malay Minority of Sri Lanka: Defending Their Identity | srilanka's no 1 news website

The last but not least plight of the Malays of Sri Lanka is their religious identity. They are Muslim by religion not by ethnicity, they assert. But they are treated as Muslims not as Malays. This is what they emphasize in defending their identity. As indicated in the preceding pages that not all the Malays were Muslims nor they were always Muslims in the past. By the time the Malays were brought to Sri Lanka during the middle of the 17th century by the Dutch, there were large Muslim settlements in the coastal areas of Sri Lanka. They were the settlements of the Moors or those who had come from South India from the 6th century A.D. The large number of Malays particularly soldiers came to the island without their womenfolk, many were still young and single. They took women from Moor community, whose religion was similar to them, especially to those who came from Indonesian archipel-ago. The people from Java were the follow-ers of the Shafi School of Muslim religion while the majority of Indian Muslims be-longed to the same school. This must have had a stronger impact over the Malays to take Moor wives and to get converted into Muslim had they been not Muslim before their marriage. They also adopted Tamil as their lingua franca to communicate with the Indian Muslims or the Moors. Almost all Malays I interviewed in Colombo, Matara, Kirinda and Hambantota spoke Tamil in addition to Malay and Sinhala languages.

The Muslim identity of the Malays is something they are proud of. Many I met were gradually accepting the orthodox Islamic teachings. Yet what was interesting was their zeal to identify themselves as ethnic Malays while being a Muslim. In Malaysia, being a Muslim is a requirement to be accepted as a Malay. No non-Muslims are accepted as Malays. In Bosnia Herzegovina, Muslim is an ethnic identity. But the Malays who are treated similarly stress that their Muslim identity is religious not ethnic. Why do they assert ethnic identity?

The Malays assert their ethnic identity because their culture is distinct. Their language is different from other Muslims’.

The Malays of Sri Lanka have remained a distinct ethnic group in Sri Lanka primarily because they have maintained their mother tongue, the Malay at least in a colloquial form. Having originated from different regions in the East islands that included Malay Peninsula and Indonesian archipelago, they have formed a Sri Lankan Malay community from a diverse origin.

Despite its small size in number, the Malays had proved that they deserve to be treated as a special class of people, some of whom lived receiving special benefits from the Dutch government, and many as military men getting established special Malay regiment and a separate mosque for the Malay soldiers. Moving from one master to another, the Malays also proved that they deserve care from subsequent masters including the governments of Independent and Republic Sri Lanka.

The Malays made Sri Lanka their home and contributed joining hands with other communities towards the nation building of a united Sri Lanka. They represented in high offices from Legislative Council to National Parliament including in the first cabinet of Independent Sri Lanka and engaged in wider range of professions including Public and Educational service, in the armed forces, judiciary, medical and engineering etc. However, there are several factors that have hampered their progress as a community, for which they have sought solutions. It is still not clear as to how the present government wants to respond. Time will tell the story.

The Malays themselves have been active in defending their distinct identity for a secured future for their community while extending their support to safeguard the country they claim to be their motherland.

WHEREAS the Government has also decided to introduce Constitutional Reforms to enable a wider range of the civil society to participate in the decision making process in Sri Lanka,

AND WHEREAS the Sri Lankan Malays who had enjoyed representation in the legislature since independence have been deprived of such representation after the promulgation of the Republican Constitution of 1972 except for the period from 1989 to 1993,

THIS Special Session of the Conference of Sri Lankan Malays (COSLAM):

1. Commends the signing of the MOU as an opportune and necessary step for the initiation of peace talks aimed at finding a just and equitable solution.
2. Calls on both parties to the MOU to assiduously abide by its provisions both in letter and in spirit with sincerity and candour
3. Calls on both parties to expedite the initiation of peace talks and to approach these talks in a spirit of give and take, with the ultimate objective of arriving at a solution to the ethnic problem whilst ensuring the rights of all ethnic and religious groups in the island within the framework of a united and sovereign Sri Lanka.
4. Urges the Government to make constitutional provision to:
a. Elect or appoint a Malay to Parliament
b. Elect or appoint a Malay each to the Provincial Councils and its Successors of the Western, Central and Southern Provinces. 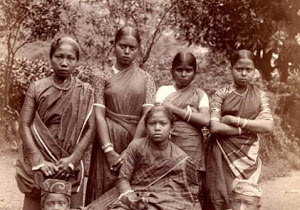